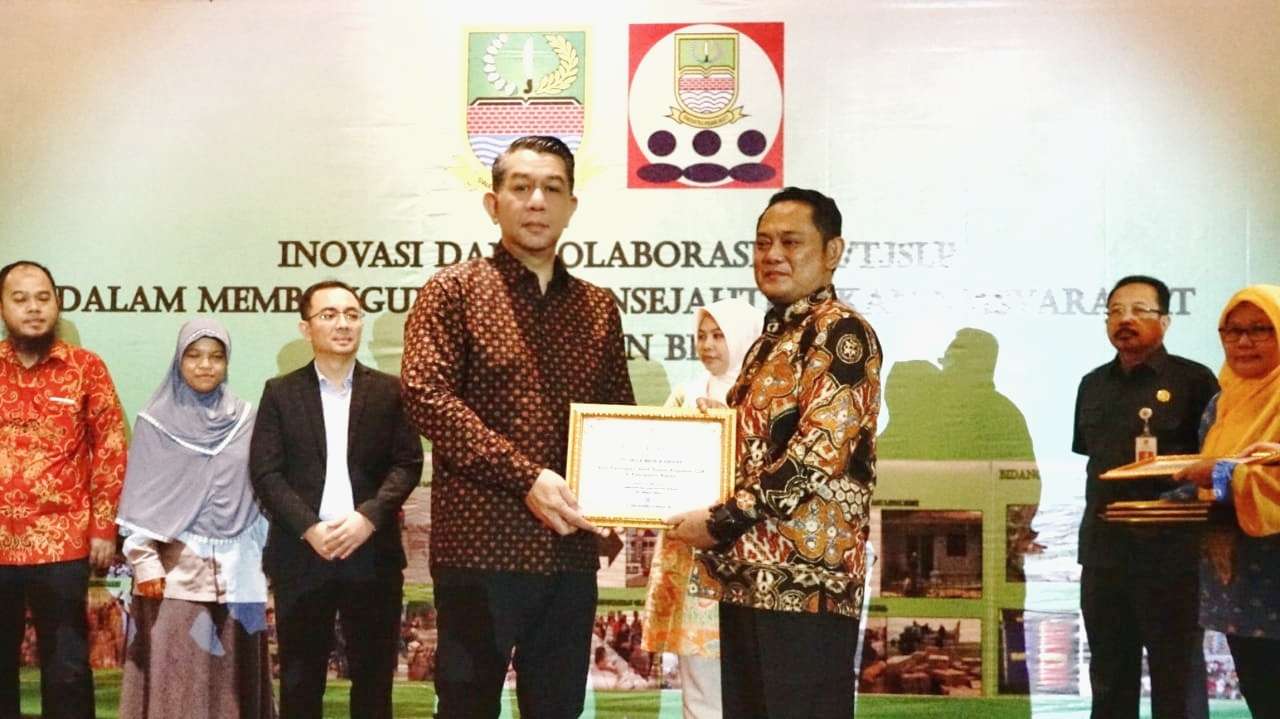 Dexa Group received the Corporate Social Responsibility (CSR) award from the Bekasi Regency Government for the CSR programs carried out by Dharma Dexa. The award was presented by the Acting Regent of Bekasi, Eka Supria Atmaja to the Head of Corporate Communications Dexa Group, Sonny Himawan at the Coordination Meeting of CSR Implementation at the Holiday Inn Hotel, Jababeka Industrial Estate, Cikarang, Tuesday, 26 March 2019.

The award ceremony was attended by 43 companies along with the Chairman of Bekasi Regency Regional People’s Representative Council (DPRD), Sunandar. In his remarks, Eka revealed that around 4,500 companies are operating in the Bekasi Regency area. Meanwhile, Sunandar highlighted the collaboration between companies and Bekasi Regency government for the CSR programs.

The award was given to Dexa Group for Dharma Dexa’s contribution to social activities for the community throughout 2018. Apart from Dexa Group, 35 other companies also received awards.

“This award represents Dexa Group’s commitment to making social contributions in line with our core values that is to deal with care,” said Head of Corporate Communication of Dexa Group, Sonny Himawan after receiving the award.

Several programs Dexa Group carried out through Dharma Dexa include the launch of “Bedah Warung” in the Kalimalang riverside in collaboration with the National Distribution Center (NDC) in 2014 for Dexa Group’s anniversary. Next, together with Dexa Laboratories of Biomolecular Sciences (DLBS) and Dexa Development Center (DDC), Dharma Dex initiated a school renovation program to bring comfort for elementary school students and stimulate their enthusiasm for learning.

In 2015 and 2016, Dharma Dexa, along with several other companies in the Jababeka area, conducted health education activities and free medical treatment for residents, both within the community and at the village office.

In 2017, Dharma Dexa had also contributed to the planting of 10,000 mangrove seedlings at Bhakti Beach together with the Jababeka industrial area manager. Then in 2018, Dharma Dexa supported the Jababeka Eco Park program and participated in a go green program around the Wibawa Mukti Cikarang stadium. Corporate Communications Dexa Group