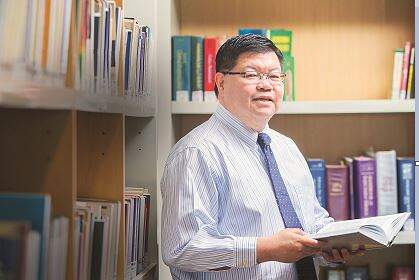 Dr. Raymond Tjandrawinata, a Molecular Pharmacologist who is a researcher of various types of drugs ranging from chemical to biologic, and the founder of Indonesian Original Modern Medicine (OMAI), took first place in the ranks of 100 world scientists in the field of medicine and health for the territory of Indonesia. The AD Scientific Index provided the evaluation, a rating and analysis system based on each scientist’s scientific performance and added value of scientific productivity.

The AD Scientific Index assesses scientists at 3,514 universities in 186 countries. The assessment is based on scientists’ productivity and work effectiveness over the last five years. Since 2005, Dr. Raymond Tjandrawinata has been conducting extensive research on OMAI, which is made from natural raw materials indigenous to Indonesia, in collaboration with experts from the Dexa Group Research House, Dexa Laboratories of Bimolecular Sciences (DLBS). The study has been recognized with 64 patents in Indonesia and overseas. Many of his creations have been clinically examined and marketed in various world regions.

“I am happy that this evaluation and analysis system provides researchers with both recognition and encouragement.” We want to be more productive in generating innovative and high-quality research products that are valuable not only for science but also for society at large, for Indonesia and the world,” stated Dr. Raymond, who is also the Executive Director of DLBS PT Dexa Medica, on Monday, January 24, 2022.

The instructor and researcher at Atma Jaya Catholic University of Indonesia’s Faculty of Biotechnology have been to the United States to explore the world of science. In 1991, a female astronaut named Dr. Millie Hughes-Fulford from the National Aeronautics and Space Administration (NASA) invited Dr. Raymond to participate in the Spacelab Life Sciences (SLS 1) research project, which is flown into space by shuttle in an osteoporosis research project in astronauts in zero gravity.

From the time he was a student until he was a Post Doctoral Fellow at the University of California, San Francisco, Dr Raymond pursued a career in pharmacological research based on organic synthetic materials. He can be considered one Indonesian who first studied genetic engineering in the 1980s when engineering science in America was still in its infancy. Indonesia had not yet been thoroughly explored.

His work at Dexa and Atma Jaya involves a wide range of cutting-edge molecular pharmacology approaches involving several “omics” systems such as genomics, proteomics, and metabolomics.

OMAI products are used in the treatment of a variety of diseases, including stroke and coronary heart disease prevention, diabetes mellitus treatment, breast cancer, hypercholesterolemia and atherosclerosis, benign prostatic hyperplasia, prostate cancer, menstrual pain, stomach ulcers, muscle pain and headaches, bloating and nausea, and cough and cold treatment, thanks to Dr Raymond’s innovation and research. Modern original Indonesian medicines currently being developed are being marketed in Indonesia and exported to several Asian and African countries.

Not only that, but OMAI’s research findings have also received an NIE certificate from the Indonesian POM for Phytopharmaceutical goods. Phytopharmaceuticals are medicines made from natural substances that have been clinically proven to be equally effective as chemical-based drugs. Dexa Group currently manufactures four Fitofarmaka products: Stimuno (made from meniran leaves) to maintain body immunity, Inlacin (made from bungur and cinnamon) to treat diabetes, Redacid (made from cinnamon) to treat stomach disorders, and Disolf (made from earthworms) to improve blood circulation.

Medical professional groups in Indonesia have also recognized the advantages of OMAI Fitofarmaka, and they are now incorporated in the Covid-19 Management Guidelines. OMAI with a Domestic Component Level (TKDN) more than 80% is also featured in the LKPP e-Catalog for innovation items.