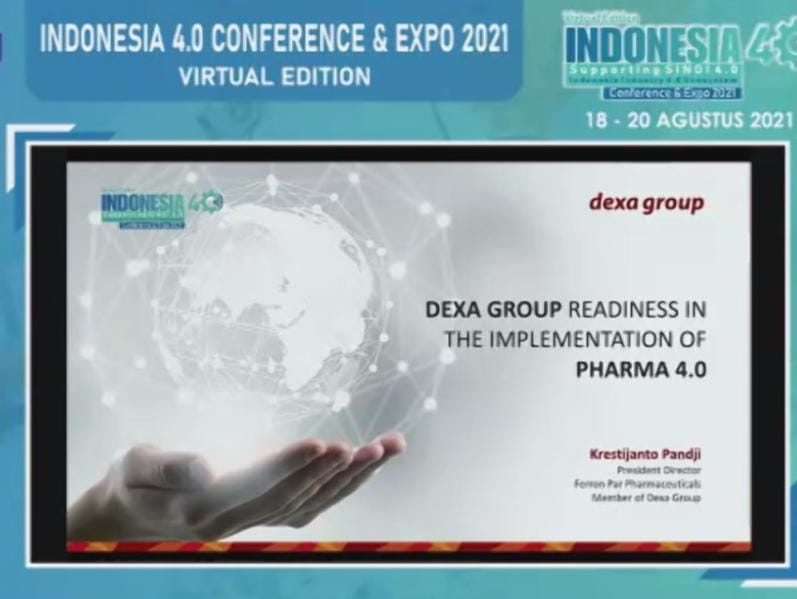 The Ministry of Industry continues to improve the competitiveness of the national industry through the transformation towards industry 4.0. In this regard, as a leading international pharmaceutical company in Indonesia, Dexa Group has implemented Industry 4.0 in the production process to distribution. 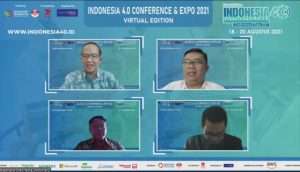 The most important thing in the pharmaceutical world is that we have control because if we don’t have control it can be a risk. Control is important to produce quality products,” said Mr. Krestijanto in a series of events for the Indonesia 4.0 Conference & Expo 2021 which was held online, Friday ( 20/8/2021).

“What is our goal in doing Robotic Automation? Number one is that we will optimize the human-machine interface, we will switch to machines but humans will still control this. We will use that human will function to analyze data by robots. Second is Standardization in the pharmaceutical world is getting tighter, so we require something called zero faults, so we have to do automation,” said Mr. Krestijanto.

The use of robotic automation also improves quality, because every preparation makes a consistent product. Then regarding the Electronic Batch Record, Dexa Group has applied a 2D barcode that can be tracked in real-time.

Ferron has also applied a Green Facility, one of which has just been inaugurated by the Ministry of Industry, namely the Solar Power Plant (PLTS) at the Cikarang site. The PLTS applied at Ferron’s production facilities is the largest in West Java.

“As Mr. Krestijanto Pandji said earlier, with this 2D barcode, we can find out where the drug is,” said Mr. Ervan.

The government through the Ministry of Industry appreciates the readiness and implementation of industry 4.0 in pharmaceutical companies. Director of Downstream Chemical and Pharma Industry, Muhammad Taufiq, said that the industrial revolution 4.0 was a big leap for the pharmaceutical industry.

The pharmaceutical industry, which is part of the health system, said Mr. Taufiq, is currently still partial to health facilities. The government hopes that in the future Indonesia can implement a “one patient, one record” system. For this reason, a uniform database and platform are needed and implemented by the health system in Indonesia.

Responding to this challenge, Mr. Krestijanto then explained the implementation of Artificial Intelligence (AI) at Dexa Group to make predictions based on data stored in the cloud system. “We are ready and we have implemented it,” said Mr. Krestijanto.