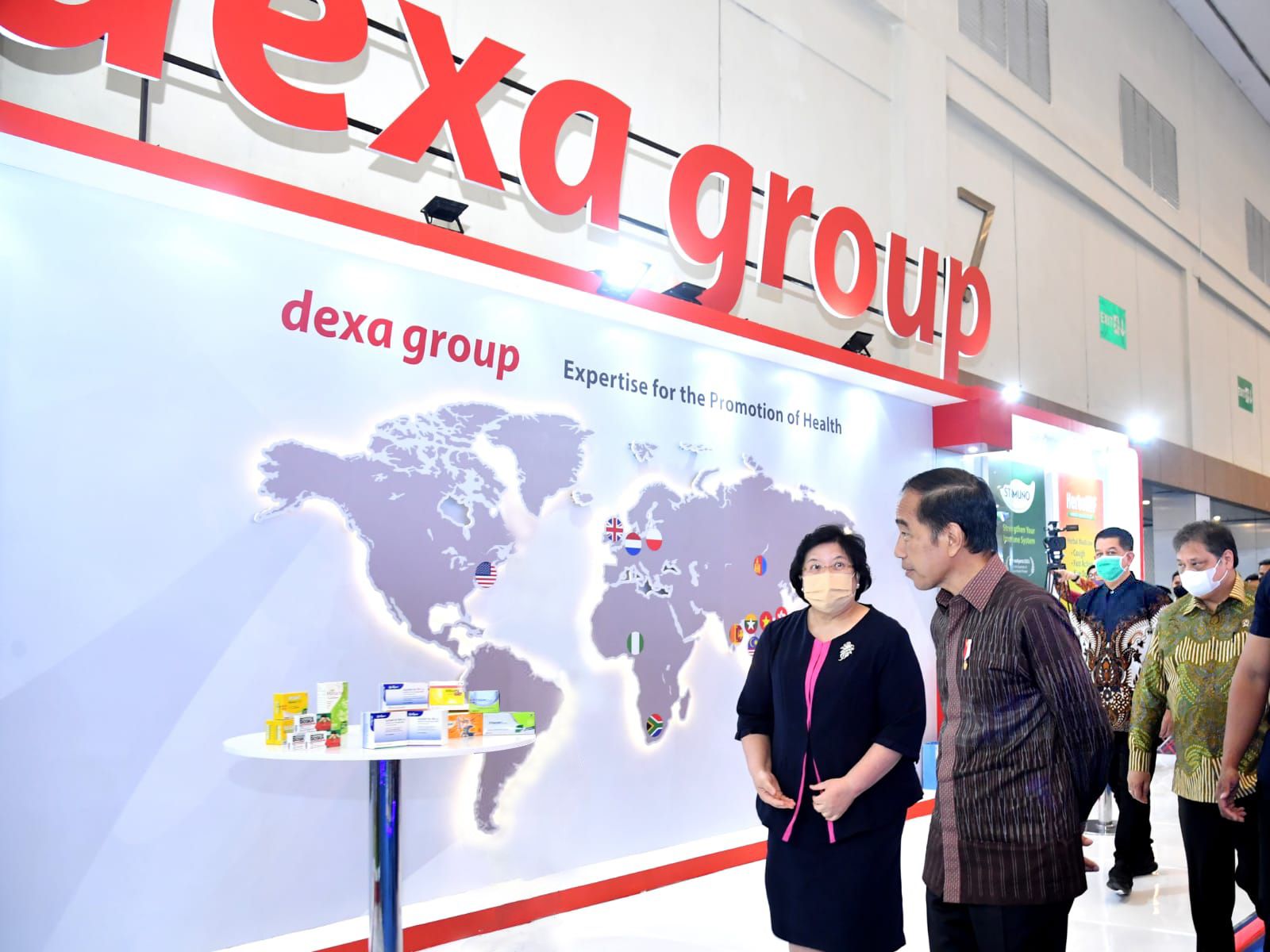 “Asia, Europe, Africa, and America are the continents to which we export. 13 % or thereabouts have been exported,” explained Mrs. Gracianti during a conversation with the President on October 19, 2022.

The Dexa Group items that had been sold, according to Mrs. Gracianti, were the creation of Indonesian scientists. The natural components also source from Indonesia’s abundant natural resources. Mrs. Gracianti mentioned that the exported goods exceeded the Domestic Component Level by 75%.

At the Dexa Group booth, medicines like Stimuno, HerbaKOF, Inlacin, Morlactan, Disolf, Dismeno, Inbumin, and more Indonesia Indigenous Modern Medicines are on display. Additionally, there are Boska and Glucient.
The Dexa Group booth can be visited on 19 – 23 October 2022. Based on data from the Ministry of Trade, 1,765 buyers from 91 countries will participate in the 37th TEI event.

The Dexa Group booth in Hall 8, No. 117, is also accessible online at http://www.tradexpoindonesia.com.
Dexa Group inked an export collaboration agreement between Ferron Par Pharmaceuticals and Allgen Pharmaceutical & Generic B.V from the Netherlands in addition to taking part through the booth.

The Commerce, Tourism, and Investment (TTI) Forum, which examines many current challenges in international trade, the investigation of commercial agreements, and other supporting activities, will be held in addition to the international exhibitions at TEI (business matching).