STIMUNO Wins Top Brand For Kids for the 12th Time 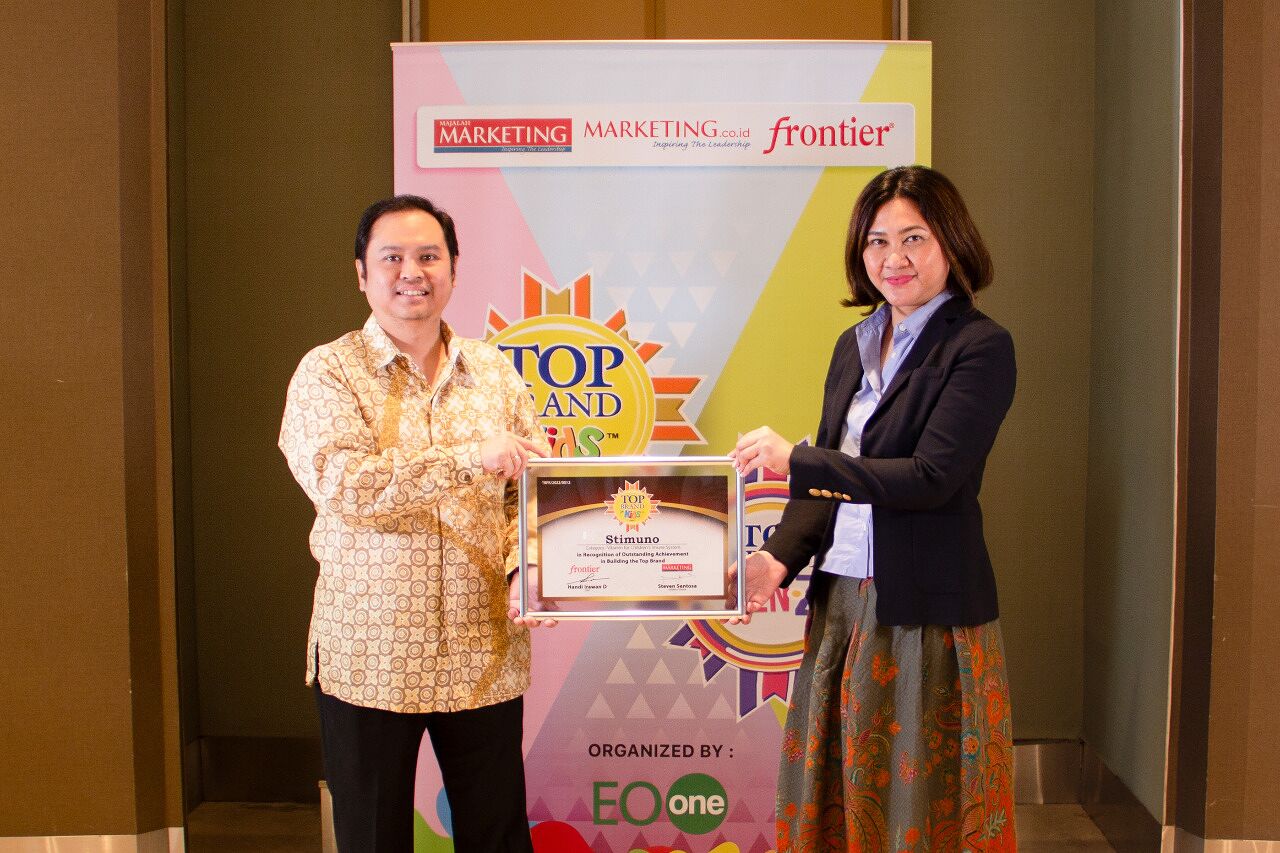 STIMUNO has served as Indonesia’s first phytopharmaceutical immunomodulator for over two decades. It also has won several honors since its initial release in 1999. For the 12th year in a row, STIMUNO syrup won the Top Brand For Kids Awards in the Children’s Immune System Vitamins category.

Marketing Magazine and Frontier present the Top Brand For Kids Award to companies who have excelled in developing brands for the children and youth market.

On Monday, June 13, 2022, this award was presented to the Head of Marketing of Consumer Health Dexa, Mrs. Irene Dwi Sari, by the President Director of Marketing Magazine, Mr. Steven Santosa.

“Vitamins and immunomodulators have become increasingly popular in recent years. This phenomenon raises public awareness of indigenous Indonesian goods like STIMUNO. As a result, STIMUNO is flourishing in the market, benefiting meniran farmers,” Mr. Hery explained.

According to Mrs. Irene Dwi Sari, Head of Marketing for Consumer Health at PT Dexa Medica, consumers are becoming more cautious of the information they get in the increasingly advanced and larger digital world. Consumers are not deterred from prioritizing knowledge by their consumerist lifestyle.

“This is the role of STIMUNO. It informs customers about its benefits and works with them to make them more aware of their immunity and health needs,” Mrs. Irene said.

STIMUNO is an immunomodulator produced from Phyllantus niruri that improves immunological function in the body by working directly on the immune system. Immunity protects the body from infection, which is especially important during pandemics like this one.

STIMUNO verifies the safety and efficacy of its medicines by conducting clinical trials in Indonesia. It also makes the only immunomodulator with BPOM phytopharmaceutical accreditation.