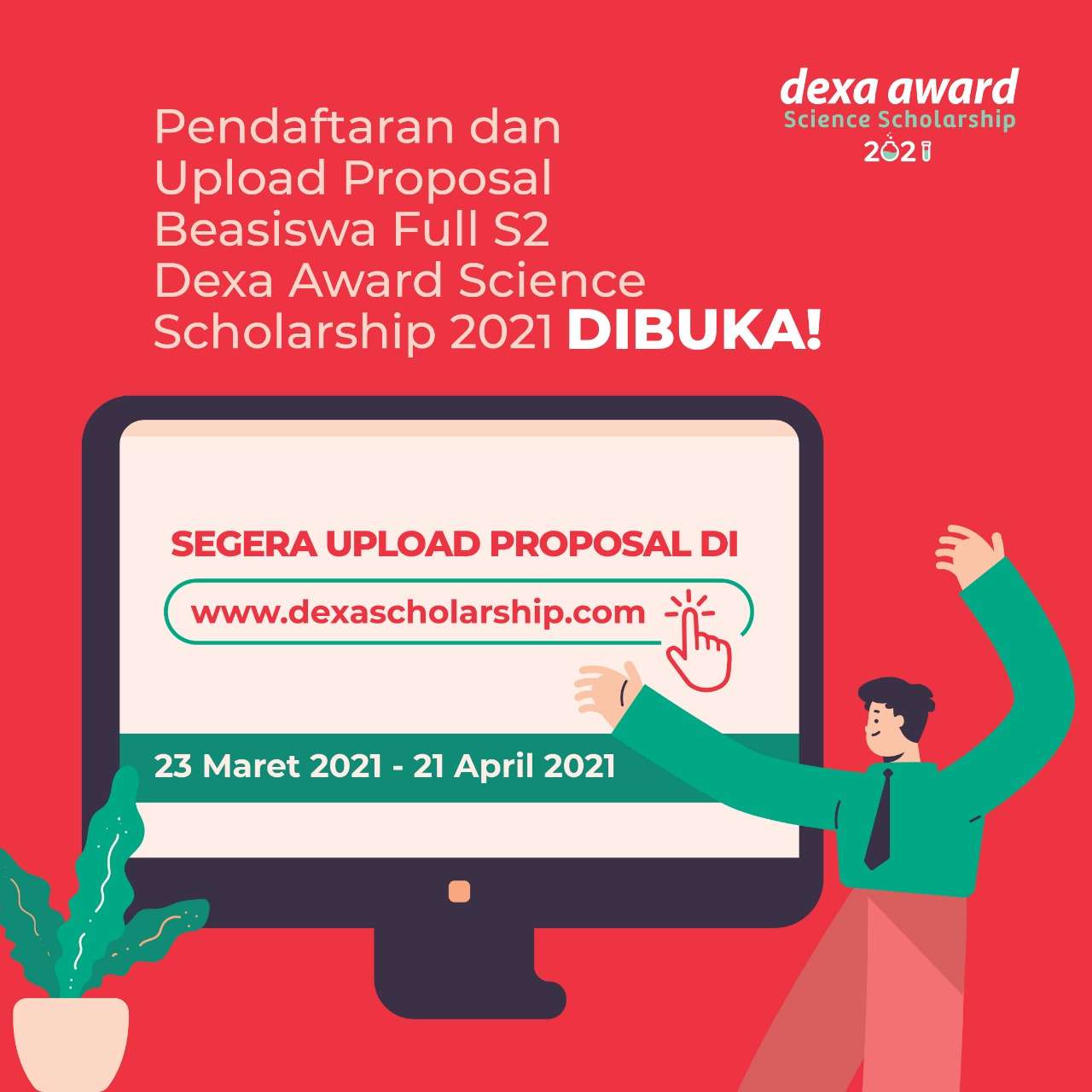 Researchers have become a very important profession in dealing with state conditions that require solutions. This is because policymakers need research results to base the policies they take. In line with this, the Minister of Research Technology / Head of the National Research and Innovation Agency, Prof. Bambang Brodjonegoro when giving a speech at the Dexa Award Science Scholarship 2020 event stated that researchers are the hope of the nation who can contribute through the development of research and research that is useful for achieving national independence.

According to the Executive Director of Dexa Laboratories of Biomolecular Sciences, Dr. Raymond Tjandrawinata, a researcher also has a vision as a science-based driver of the country’s economy, if the results of his research can be widely used by the community.

“There are so many problems in the health sector that need to be resolved through research. For example, how did Indonesia get out of the trap of importing raw materials for pharmaceutical products, currently 95 percent of which are imported from China and India. While our country is very rich in natural biodiversity, Indonesia is even number 2 in the world after Brazil. How researchers can research natural raw materials, which in the future the products from this research can be used massively by the community. So the people’s economy, starting with farmers, fishermen, as producers of raw materials, then traders, and so on, will feel the economic impact,” said Dr. Raymond.

“The implementation of the Dexa Award Science Scholarship is a Dexa Group initiative towards education because researchers not only need a minimum master’s degree, but also large research funds. Dexa Group’s role is to encourage the birth of new scientists who dare to make breakthroughs in finding solutions to health problems in Indonesia,” explained Mrs. Gloria Haslim.

The lack of research budget has also been conveyed by Prof. Bambang Brodjonegoro that the research budget in Indonesia is very minimal compared to other countries, which is around 0.25 percent of gross domestic product.

Chairman of the DASS 2021 Committee and Head of Corporate Communications Dexa Group Mr. Sonny Himawan added, the Dexa Award Science Scholarship is a prestigious scholarship event in the field of health research that has been going on since 2018 and plays a role in improving the research ecosystem as well as innovation in Indonesia. For this reason, in 2021, DASS takes the theme of Innovation for the Nation.

“Dexa is very optimistic that in 2021, DASS fans will be better. In 2020, when the Covid-19 pandemic took place, DASS enthusiasts actually increased significantly, reaching 28 percent compared to 2019. The applicants for the DASS master’s scholarship came from 474 universities from 403 regencies/cities throughout Indonesia, “said Mr. Sonny.

The DASS scholarship program was initiated by the noble idea of ​​Dexa Group Founder (late) Mr. Rudy Soetikno. His spirit of dedication and contribution in the health sector wants to be transmitted to future generations through support for higher education levels. This idea was then realized by the Dexa Group Leader Mr. Ferry Soetikno, Dharma Dexa Leader Mrs. Gloria Haslim, and Mr. Raymond Tjandrawinata thus giving birth to the Dexa Award Science Scholarship program.

In this scholarship program, students can submit research proposals from various scientific backgrounds related to health, the final results of which can be applied to public health. The proposal idea submitted and selected as the winner will receive an appreciation of a master’s degree scholarship and research costs of up to a total of Rp 1 billion. DASS winners are also free to choose A-accredited master’s degree campuses throughout Indonesia and have career opportunities at Dexa Group.