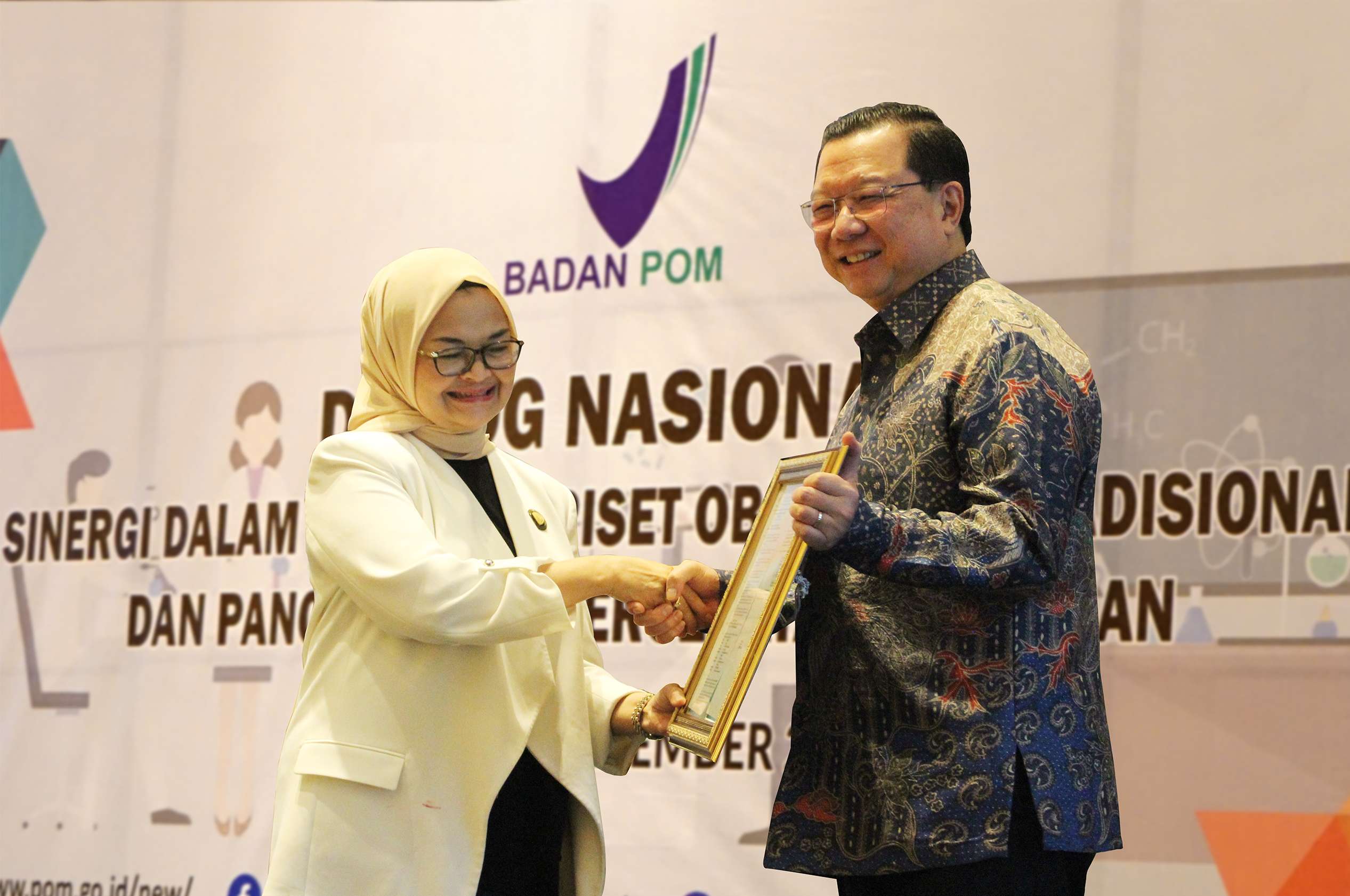 Indonesia Indigenous Modern Medicine (OMAI) from Dexa Group, REDACID obtained its Marketing Authorization Number (NIE) as a phytopharmaceutical product from the National Agency of Drug and Food Control (BPOM). This product license is in line with BPOM’s efforts to support the downstreaming of drugs and food research and development through the establishment of a Task Force (Satgas) for the Acceleration of the Development and Utilization of Phytopharmaceutical Products, as well as the Task Force for the Acceleration of Development and Utilization of Biological Products.

The pharmaceutical NIE for REDACID was given by the Head of the National Agency of Drug and Food Control, Penny K. Lukito to Dexa Group Chairman Ferry Soetikno at a national webinar with the theme “Synergy in Downstreaming Research on Drugs, Traditional Medicines, and Food for the Acceleration of Licensing” at Hotel Holiday Inn, Kemayoran, Jakarta, 10 December 2019.
​
The event was also attended by PT Dexa Medica DLBS Executive Director, Raymond Tjandrawinata, Dexa Group Head of Corporate Communications, Sonny Himawan, and PT Dexa Medica Head of Regulatory Affairs, Riena Juniara.

“Those research and development are expected to produce domestic product innovation to minimize our dependence on imported products. Currently, the government is pushing research products to not only be featured in scientific journal publications, but also to be commercialized so that they can be widely used or provide greater values to the community,” said Penny.
​
Regarding the phytopharmaceutical NIE for REDACID, Ferry expressed his gratitude for the appreciation and BPOM’s commitment in providing assistance to the pharmaceutical industry, including Dexa Group.
​
“Producing Indonesia original modern medicine is one of Dexa Group’s efforts to contribute to the nation. Dexa has contributed to accelerating our product independence and increasing the pharmaceutical industry’s competitiveness in the country through original modern medicine, including REDACID which recently obtained its pharmaceutical NIE,” said Ferry.

Raymond said that the herbal medicines from Dexa Group through DLBS research and development, are made from natural ingredients obtained from Indonesia’s natural resources. “Redacid is made from the bioactive fraction of Cinnamomum burmannii,” Raymond explained.

Raymond added that researchers have put great efforts in developing pharmaceutical products. “We have to go through preclinical trials, toxicology trials, clinical trials, and other phases. Everything we do is in accordance with BPOM’s regulation. Concurrently, BPOM facilitates and accelerates the license of this phytopharmaceutical,” explained Mr. Raymond
​
Redacid is made by DLBS using the TCEBS (Tandem Chemistry Expression Bioassay System) technology to produce a bioactive fraction of Indonesia cinnamon (cinnamomum burmannii) which is more sterilized than ordinary extracts. Redacid works by reducing the amount of acid that the stomach produces.