Synergy of Dexa Group, National Population, and Family Planning Agency, and Indonesian Midwives Association to Pursue a 14% Reduction of Stunting in 2024

According to the Indonesian Toddler Nutrition Status Survey (SSGBI), the incidence of stunting in Indonesia remains at 24.4%, much behind the 14% objective set by the 2020-2024 National Medium-Term Development Plan (RPJMN). For that purpose, Dexa Group cooperated with the National Population and Family Planning Agency (BKKBN) to host a 1,000-midwife education program and stunting interventions in the Special Region of Yogyakarta. 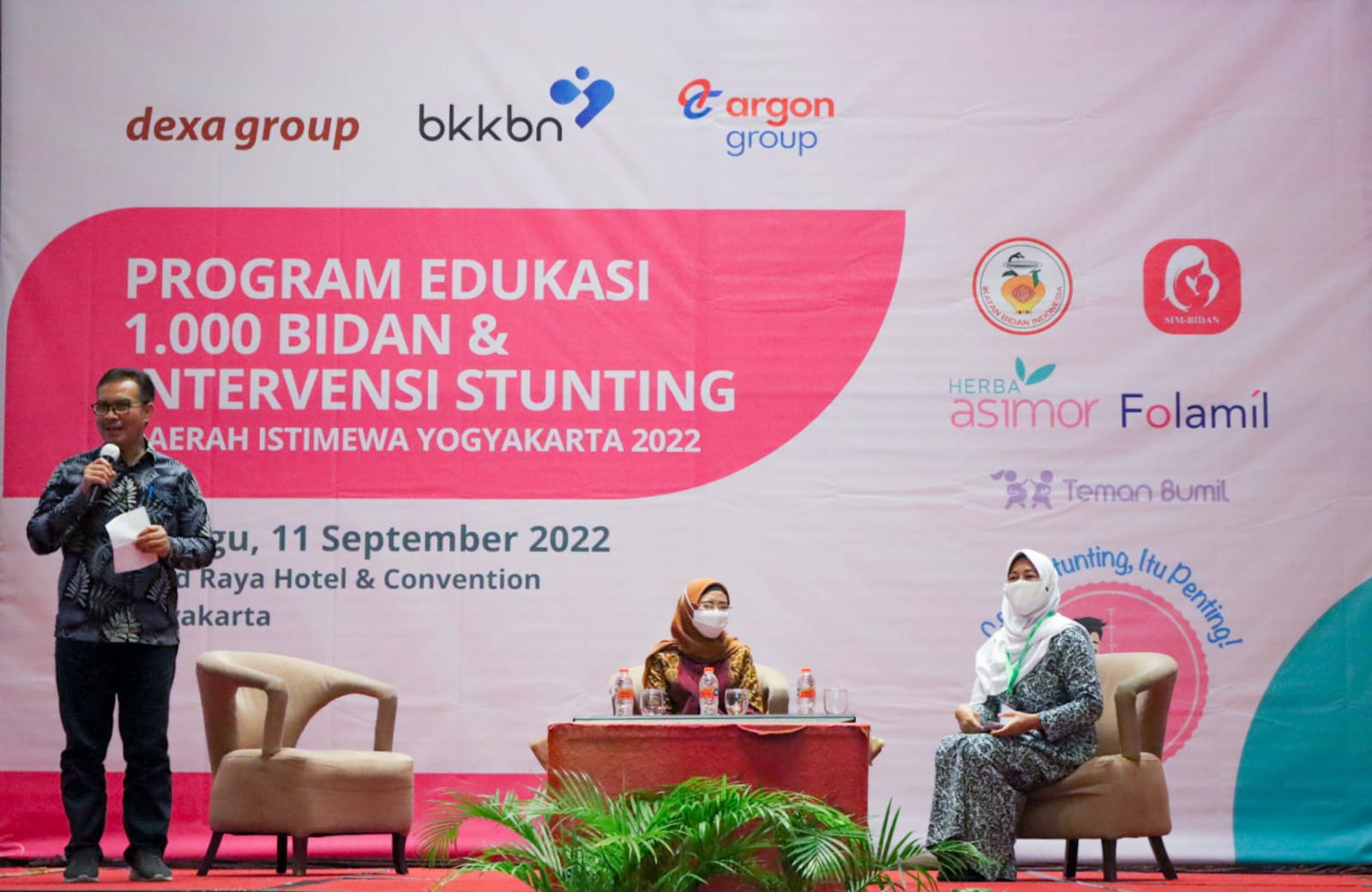 “The President requested that stunting be reduced to 14% by 2024, but the results are quite concerning; they are still pretty high,”. According to the Riskesdas 2018 statistics, 37% of teens are anemic, 48.9% of pregnant women are weak, 22.6% are born with a body length of less than 48 cm, and 29.45% are born preterm. So the number of children born prematurely was still reasonably significant,” Dr. Hasto explained.

According to Dr. Hasto, one cause of stunting is a lack of attention to a balanced diet, which leads to a shortage of protein and a failure to thrive. “Therefore, exclusive breastfeeding is essential, and thank you if Dexa promotes, say, pro products with local products sourced from local plants up to more than 80% because the President hopes that the local content should be maximum,” said Mr. dr. Hasto Wardoyo, the Head of the National Population and Family Planning Agency (BKKBN), at the Education Program for 1,000 Midwives and Stunting Interventions 2022 held in the Special Region of Yogyakarta.

On the same occasion, the Head of the Special Region of Yogyakarta Health Office, drg. Pembajun Setyaningastutie, M.Kes, presented a speech from the Governor of the Special Region of Yogyakarta, Sri Sultan Hamengku Buwono X. Midwives play a vital role in minimizing stunting since they have to support pregnant mothers.
“I believe that the 1,000 midwife education program participants will play a vital role in stunting prevention in Indonesia, learning and sharing innovative stunting prevention concepts. The National Population and Family Planning Agency and Dexa Group should be commended for their efforts in launching this initiative,” said drg. Pembajun Setyaningastutie. 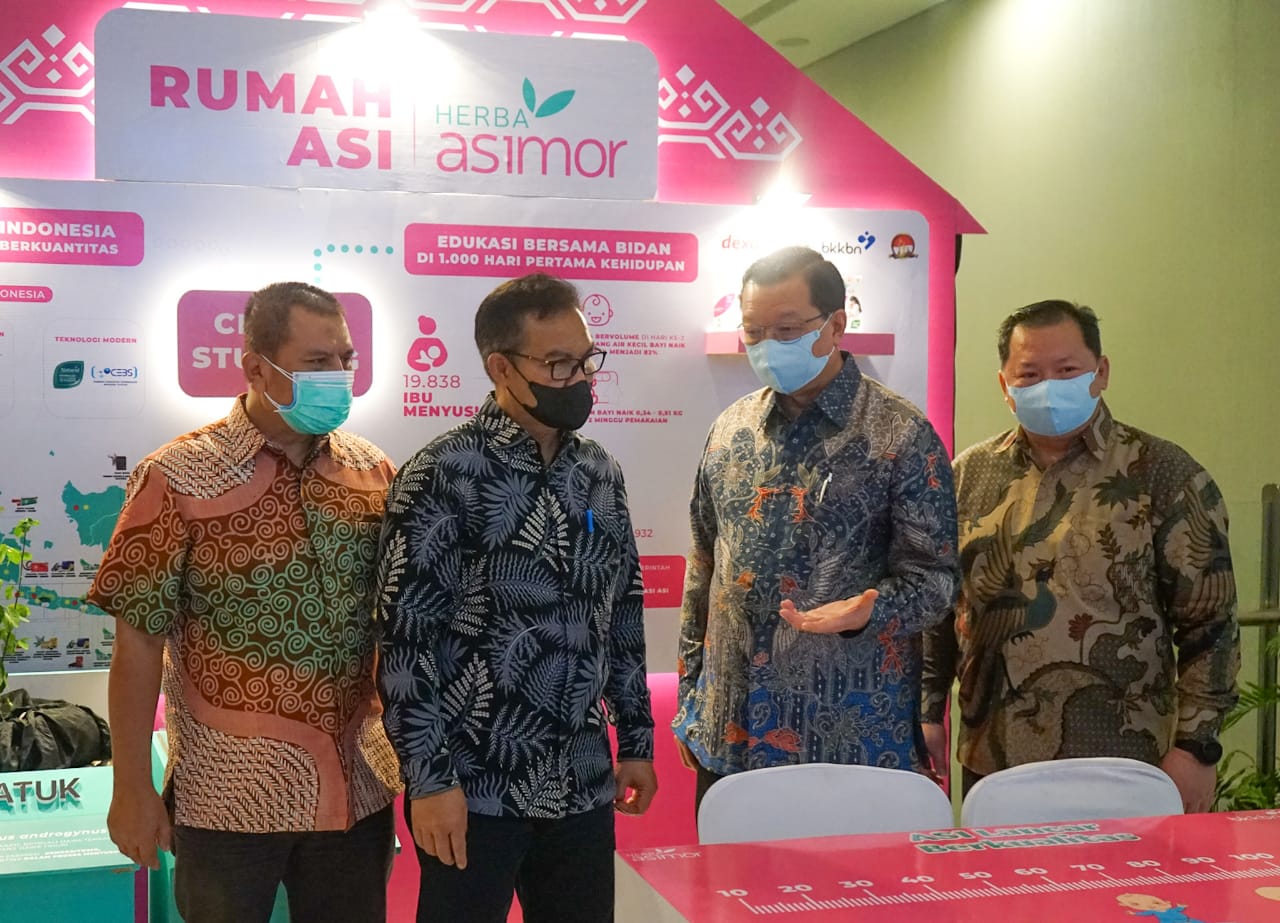 Dexa Group innovates in the pharmaceutical business with its products to prevent stunting, one of which is the HerbaAsimor product, which was produced from Indonesia’s natural resources and helps to increase the quality and quantity of breast milk. HerbaAsimor is from natural Indonesian components such as katuk plants, torbangun leaves, and the bioactive portion of snakehead fish, which is processed using contemporary technology. Asimor is now utilized by breastfeeding mothers in 32 provinces and over 250 districts/cities throughout Indonesia. HerbaAsimor improves breastfeeding mothers by enhancing the quality and quantity of breast milk. According to PT Dexa Medica’s consumer study findings, 8 out of 10 nursing women benefit from HerbaAsimor.

“HerbaAsimor was created from Indonesian biodiversity, which has a very high Domestic Component Level of more than 80%. The thing is consistent with the government’s goal of achieving national pharmaceutical independence, the priority program for spending on locally manufactured goods, and the Bangga Buatan Indonesia (BBI) program,” Mr. V. Hery added.

Mrs. Sutarti, Chairperson of the Indonesian Midwives Association of the Special Region of Yogyakarta, explained the importance of midwives in efforts to accelerate stunting reduction, which can begin with prevention through family approaches and assistance. “We, the Special Region of Yogyakarta midwives, are prepared to make the 1,000-person midwife education program a success. Today, 1,000 midwives from our 1,852 members attended, and we are ready to inform other midwives. Following that, there will be a follow-up intervention for 300 pregnant women, who midwifery friends will accompany. One midwife is accompanying one pregnant woman,” Mrs. Sutarti said. 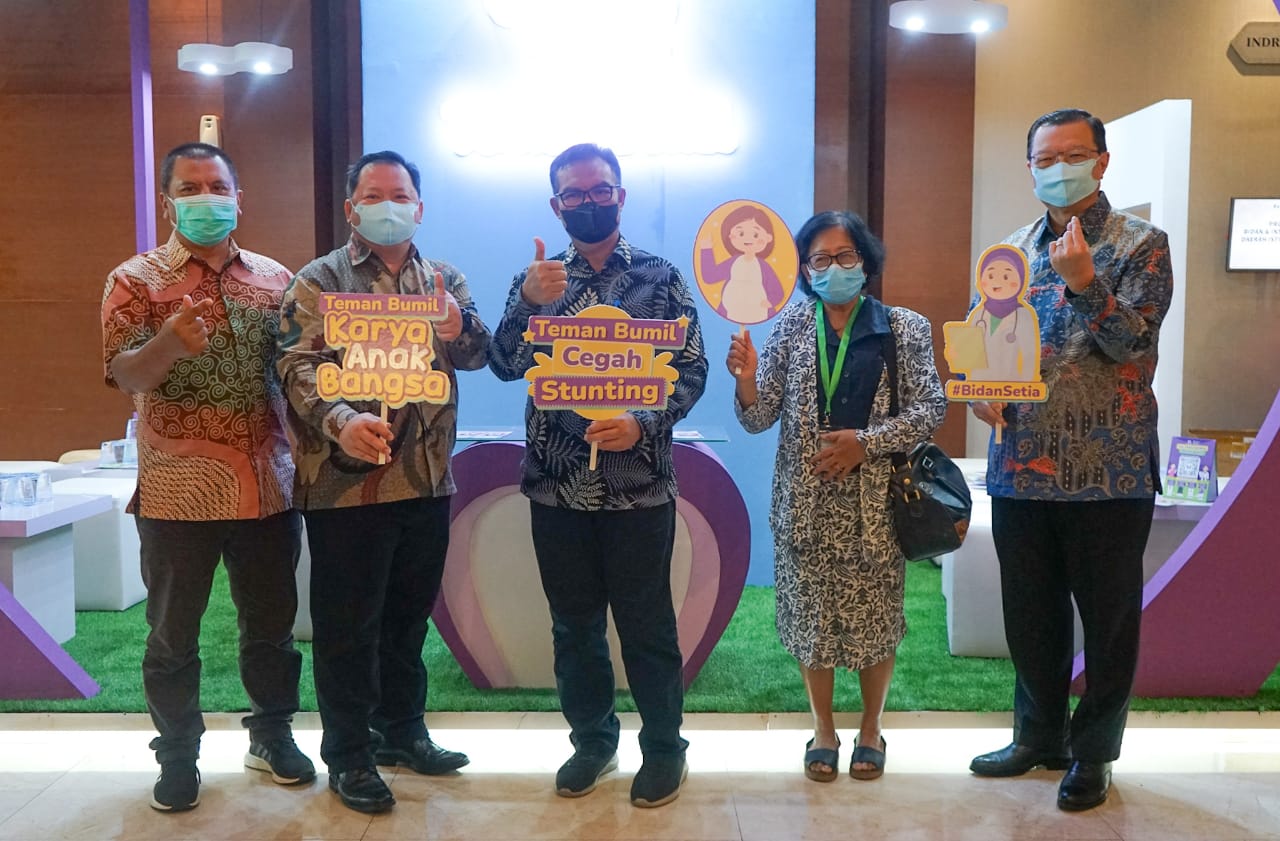 Stunting prevention education is also carried out through a digital platform with the Teman Bumil application. Pregnant women throughout Indonesia can access this application. Also, Teman Bumil helps families to find information starting from the preconception period, undergoing the process of pregnancy, childbirth, and breastfeeding, to monitoring the growth and development of children in the first 1,000 days of life. This aim aligns with the government’s efforts to increase understanding of stunting through socialization and education.
According to Dr. Diah Rumekti Hadiati, M.Sc., Sp. OG., Subsp-K.Fm., to prepare for the golden generation in 2045, mothers must pay attention to their nutritional state. This is because, during pregnancy, the fetus experiences rapid growth.

“Intervention in the first 1,000 days must occur at all stages. The effects will come in the following generation if a mother ignores the nutritional intake ingested,” stated Mrs. Dr. Diah Rumekti Hadiati, M.Sc., Sp. OG., Subsp-K.Fm. In her presentation, she also discussed developing critical organs such as the heart and genitals during the first trimester, which necessitates folic acid, vitamins A, B1, B6, B12, and E. Folic acid, DHA, and ARA are examples of these. Calcium, iodine, and zinc are all required throughout the third trimester.

In the event, brands and PT within the Dexa Group synergize to participate in reducing Indonesia’s stunting rate, either through midwife education or the establishment of booths.